Mumbai: The motion poster of Akshay Kumar starrer ‘Laxmmi Bomb’, one of the most anticipated films of this year, was released a day back. Akshay took to his social media to release a small glimpse from the movie that shows the transformation of his character from Laxman to Laxmmi, a transgender with an intriguing music playing in the background.

The actor’s never-seen-before look has managed to break barriers and records. The motion poster becomes the most viewed motion poster. It has crossed 21 Million views (accumulated from all platforms) in less than 24 hours. 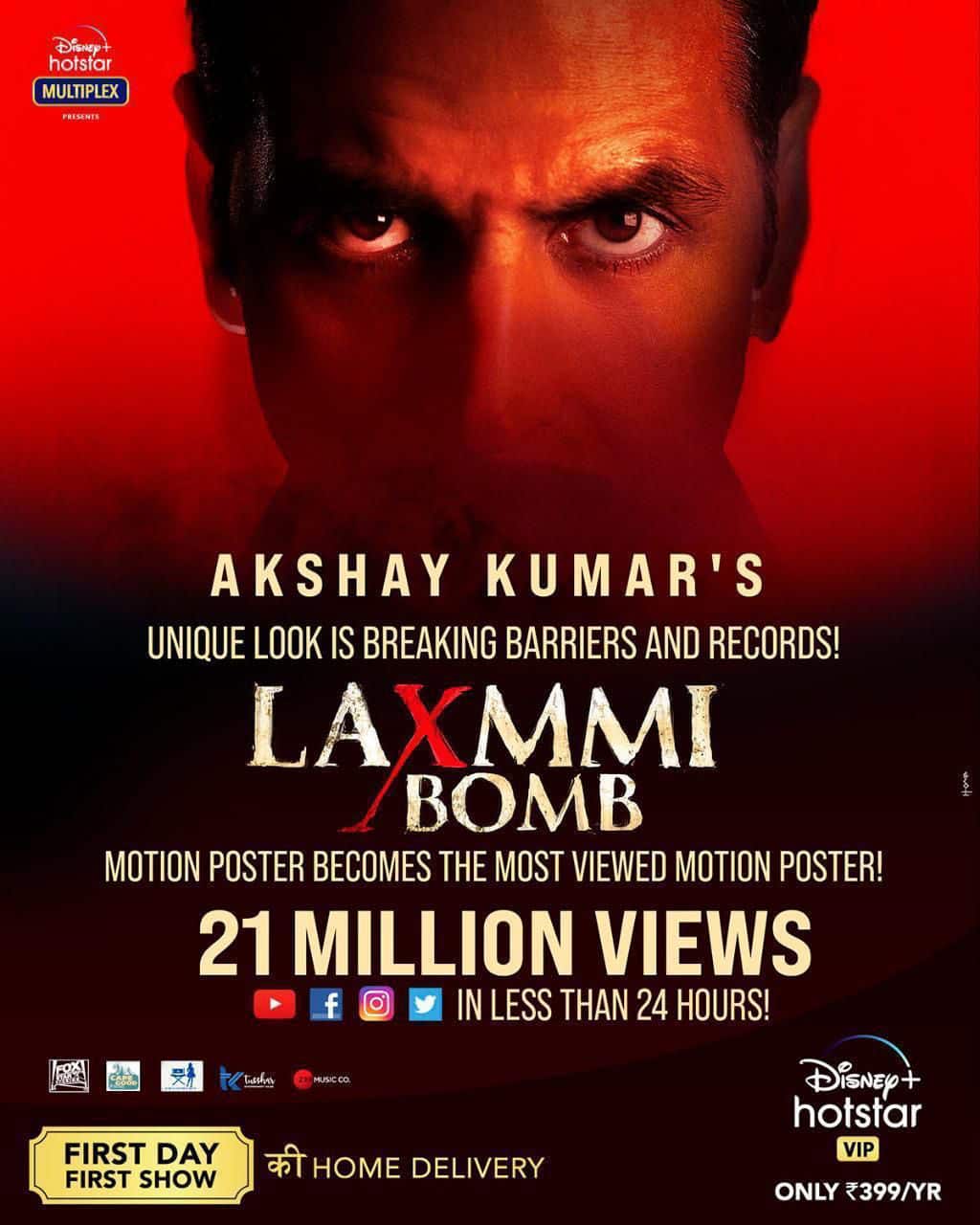