Kangana Ranaut gets clean chit from HC over beef row

New Delhi: Bollywood actress Kangana Ranaut is known for her bold and controversial statements, nowadays more so on social media. In a breather of sorts, the Punjab and Haryana High Court gave a clean chit to the actress in a beef row which landed her in trouble.

The matter is related to an alleged old tweet of the actress about beef-eating, after which a Ludhiana-based Navneet Gopi filed a petition in Punjab and Haryana High Court against Kangana for hurting the religious sentiments.

The petitioner stated that Kangana is promoting beef-eating through her statements which has hurt the religious sentiments. Navneet has also filed a complaint against Kangana Ranaut at a police station in Ludhiana, but no action has been taken so far. 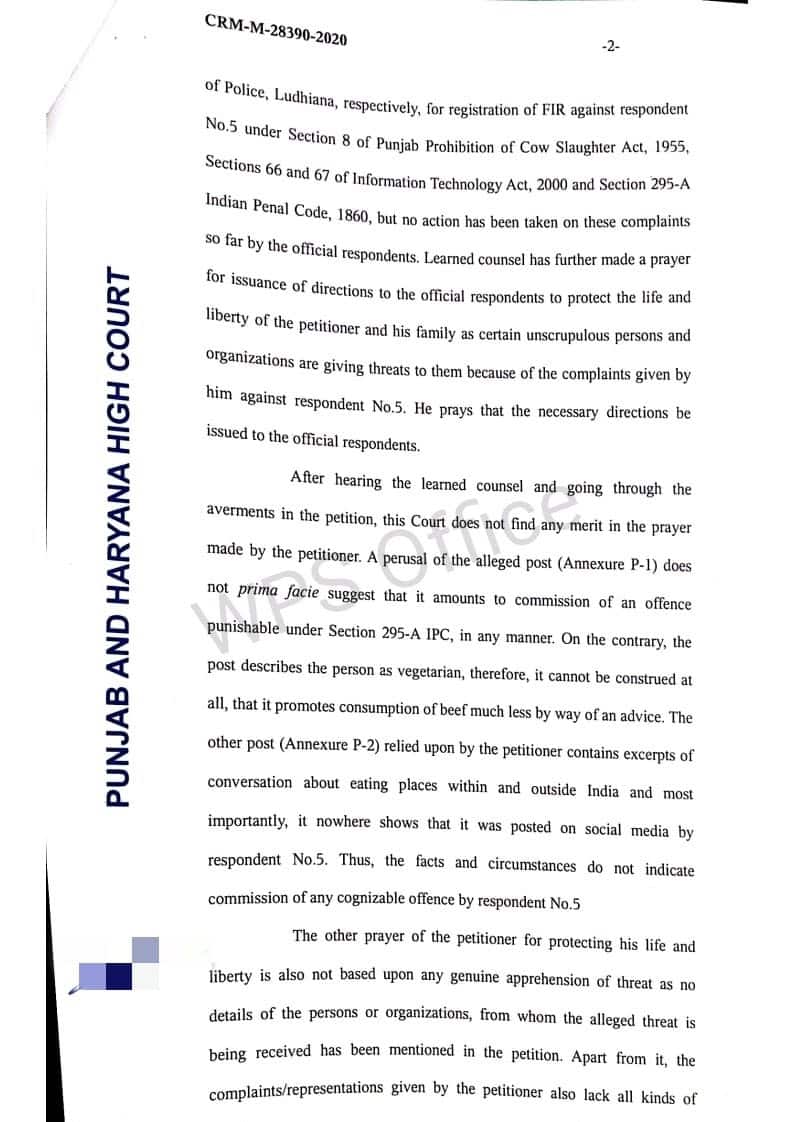 The petitioner has sought that an FIR be registered against the actress under Section 8 of the Punjab Prohibition of Cow Slaughter Act, 1995, Sections 66 and 67 of Information Technology Act, 2000 and Section 295 the Indian penal code, 1860. 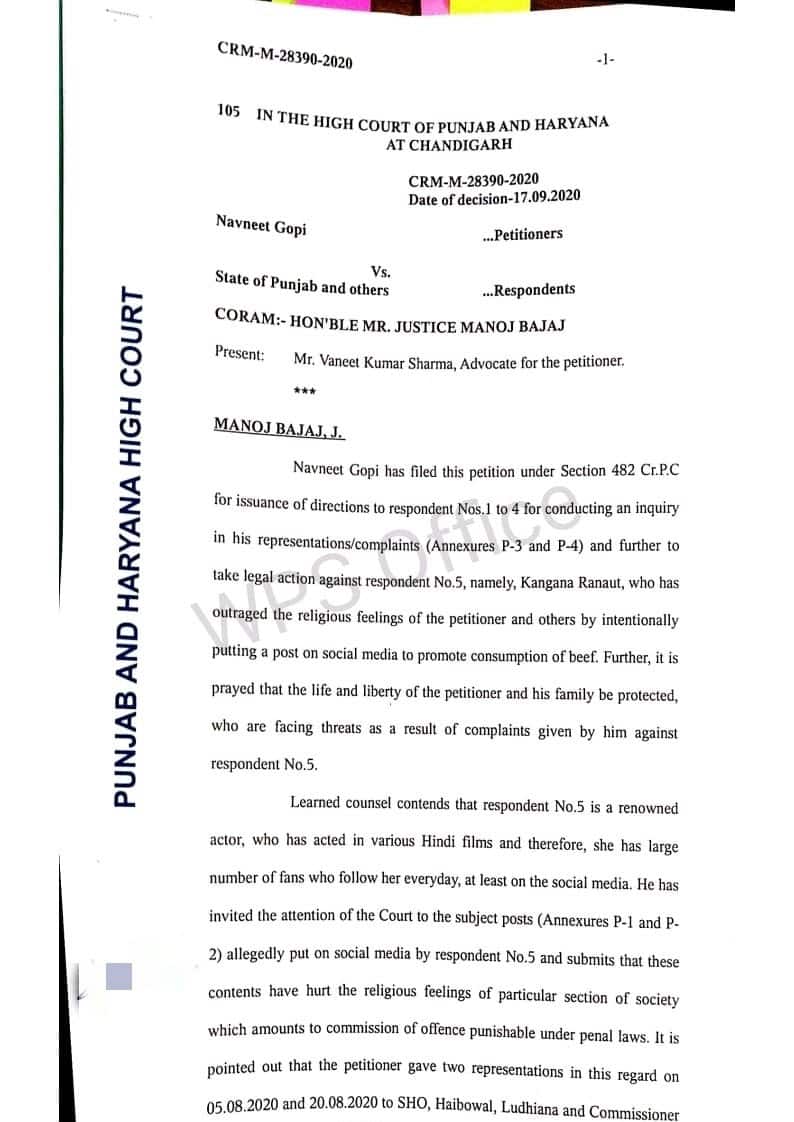 However, Justice Manoj Bajaj dismissed the petition as ‘vague’ and ‘misconceived’. The court said that it is not clear in any of the posts that Kangana is promoting beef-eating but her post is instead of telling that she has become a vegetarian herself. In the second post, Kangana is discussing food differences in India and abroad. 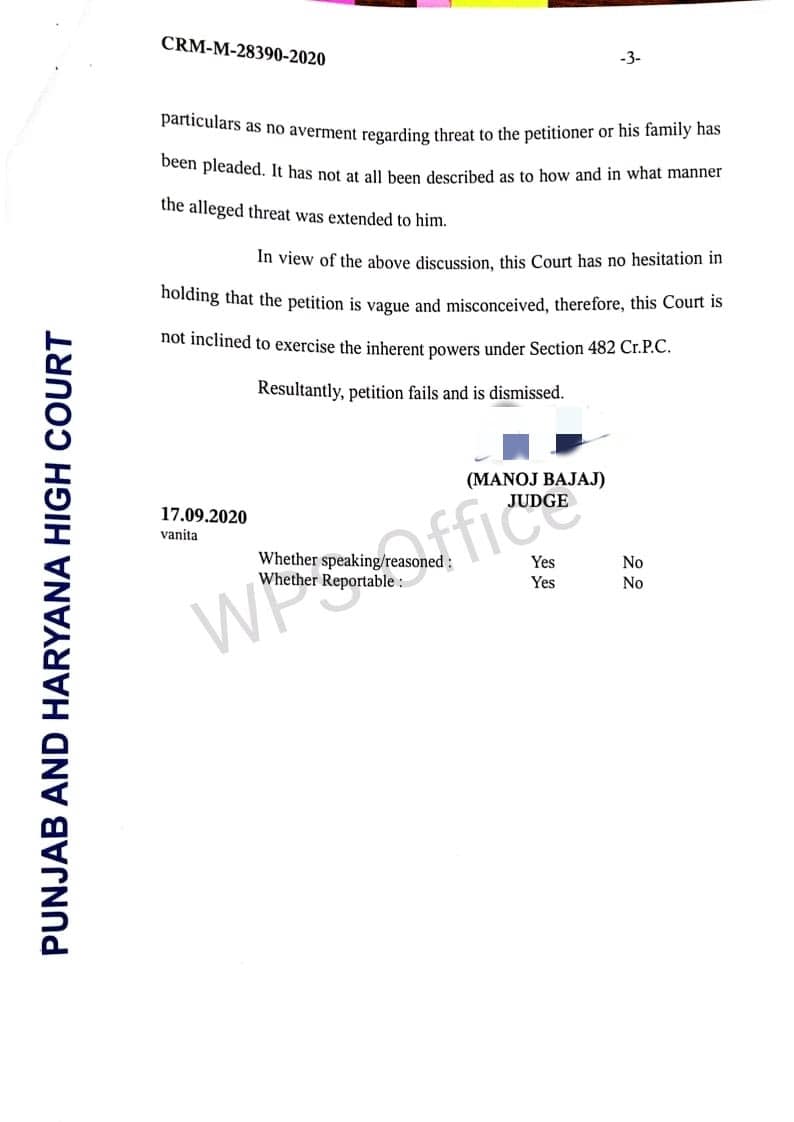 Adding more, the court stated that the post which has gone viral on social media these it nowhere shows that it was posted on the social media by the actor. Thus, the facts and circumstances do not indicate the commission of any cognizable offence by the respondent.

After the death of Bollywood actor Sushant Singh Rajput, Kangana has been vocal about several things such as nepotism, drugs mafia etc in the movie industry through her tweets.

The Ludhiana resident Navneet Gopi also sought protection stating that he is getting threats after complaint against the actress. However, the court rejected his plea saying that the petitioner has not named any organization or person who is threatening him, in such a situation that he cannot be protected.