New Delhi: The Narcotics Control Bureau (NCB) probe in a drugs case linked to actor Sushant Singh Rajput’s death has led to several new twists that shocked the entire nation. Names of many Bollywood celebs were earlier taken in connection with the case and some of them will also be summoned soon.

Meanwhile, new WhatsApp chats of some other B-Town stars have yet again hinted at the prevalence of drug nexus in the industry. The chats surfaced during the NCB probe. The conversation is related to drugs and sources said that the names of some female stars have also come up.

The WhatsApp conversation will be investigated soon. The NCB is also likely to issues summons to those whose names have popped up in connection with the case. 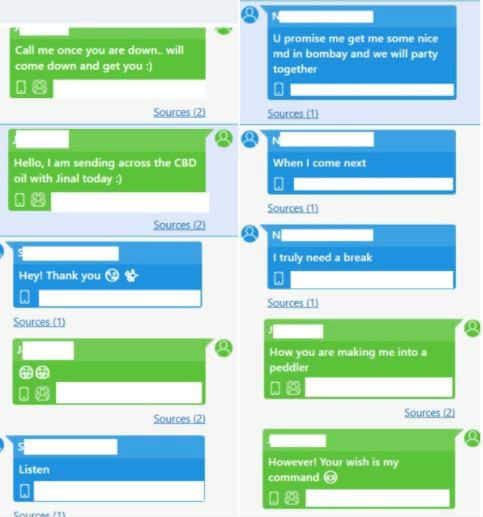 The NCB has already arrested actress Rhea Chakraborty in a drug case linked to Sushant’s death. She and Sushant were in a relationship. Her brother Showik and two of Sushant’s close aides have also been arrested.

On the other hand, the central probe agency will soon summon actresses Sara Ali Khan and Shraddha Kapoor soon in a drugs case, sources said on Monday. Rhea Chakraborty had reportedly taken names of some Bollywood celebs before the NCB alleging that they consumed narcotics substance at parties.