Chennai: The Chennai Air Customs officials have seized synthetic drug tablets that arrived from France and is reportedly worth Rs 4 lakh. Based on the intelligence, officials had detained a postal parcel suspected to contain narcotics substance, which arrived from the Foreign Post Office. On examination, it was revealed that the parcel contained MDMA tablets.

130 MDMA pills were recovered and seized under the NDPS Act, 1985. The seized tablets contain around 250mg of MDMA which is a very high dose.

This particular variant of the tablet is known as ‘ACAB Pig’. ACAB is an acronym of a derogatory term and is used as a slogan used in protests, graffiti, tattoos and other imagery. 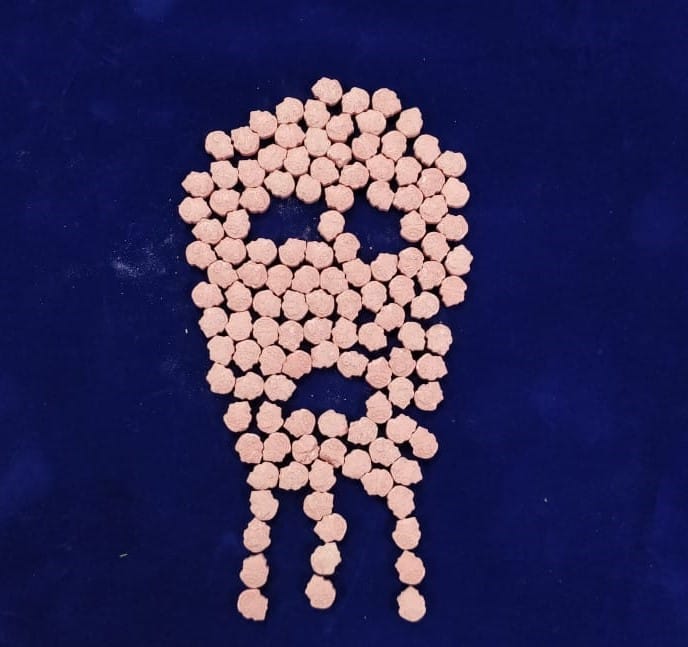 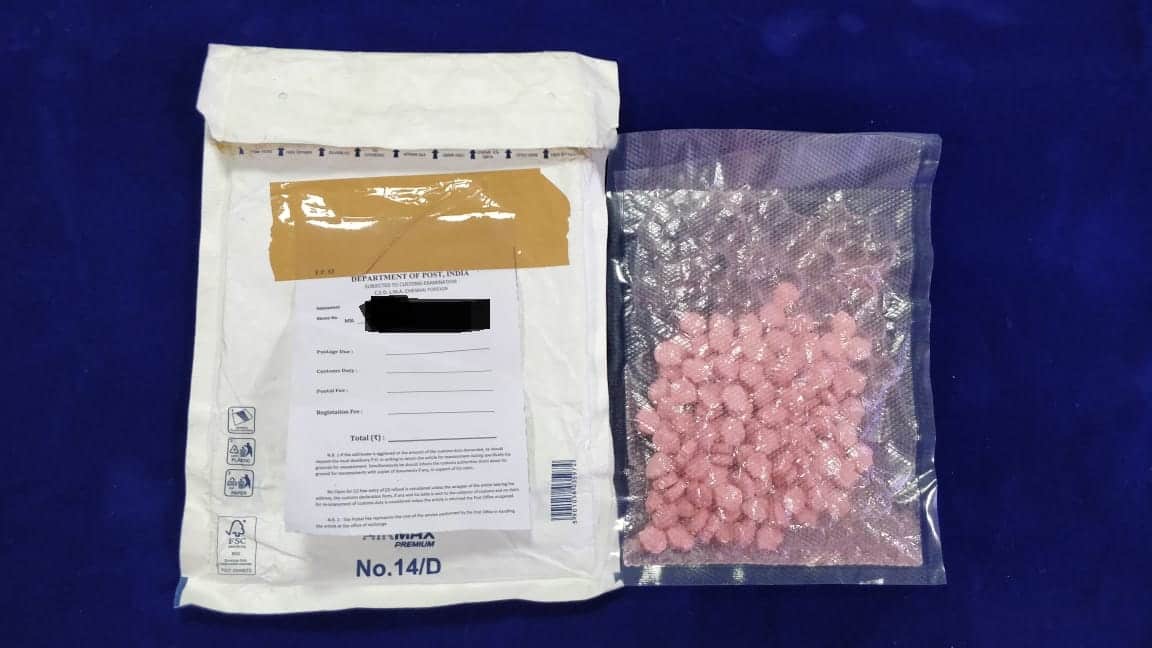 The pills themselves were in the shape of a cartoon pig.

Senior officials said that this was the first time that this variant of MDMA pills were seized, that too from France.

Reports from the UK suggest that authorities urge the public to exercise extra caution with such pills which are shaped like cartoons. This is done as children may chance upon the harmful substances by accident and consume them considering them to be sweets. There have been many instances where such pills with a cartoon shape have been seized in various countries.

The parcel arrived from Poulainville, a town in Northern France and was consigned to an address in Chennai city.

Searches at the apartment did not yield results as the apartment was locked and was said to have been unoccupied since the lockdown.

Further investigation is in progress.