The two arrested lived in Kidderpore (Kolkata) and hail from Arra in Bihar.

Siliguri: Acting on intelligence, the Directorate of Revenue Intelligence (DRI) on Tuesday (September 22, 2020) intercepted a Hyundai i20 car in West Bengal’s Siliguri and reportedly seized 30 pieces of gold worth Rs 2.65 crore.

The total weight of the seized gold is 4980 grams and was hidden inside the space beneath the front cabin lamp that was affixed to the roof adjacent to the front windscreen of the car.

The two arrested lived in Kidderpore (Kolkata) and hail from Arra in Bihar. 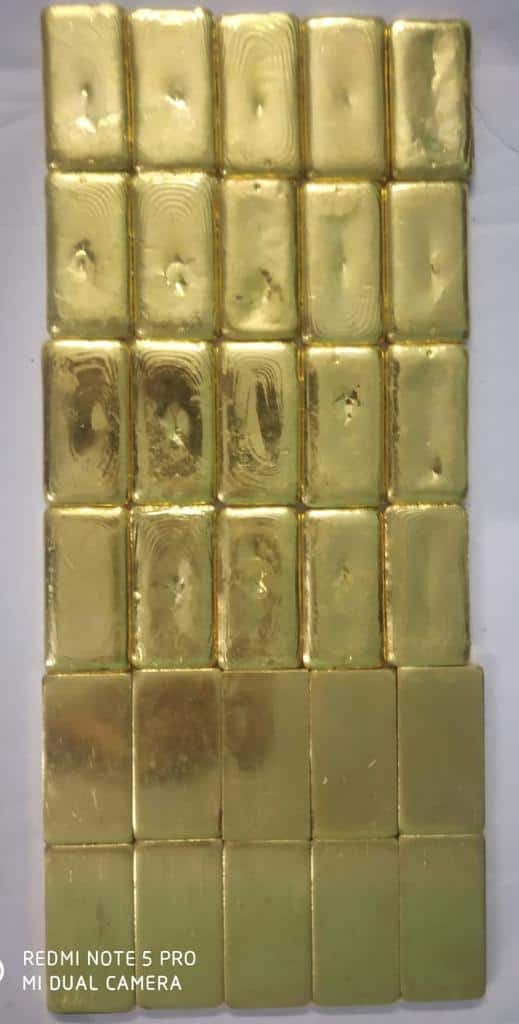 When intercepted, they stated that they were coming from Guwahati and denied carrying any contraband with them.

On intense questioning by DRI Siliguri, they finally confessed that the gold is hidden inside the car.

They admitted that the gold was smuggled from Myanmar through a Manipur border and that they were carrying it for delivery in Kolkata.

According to a report, about 65 kg gold worth Rs 35 crore has been seized from West Bengal and Sikkim in the current financial year.