Tirumala: The Chief Minister of Andhra Pradesh YS Jaganmohan Reddy along with his Karanataka counterpart BS Yediyurappa offered prayers at the Lord Venkateswara Temple in Tirumala on Thursday (September 24, 2020). 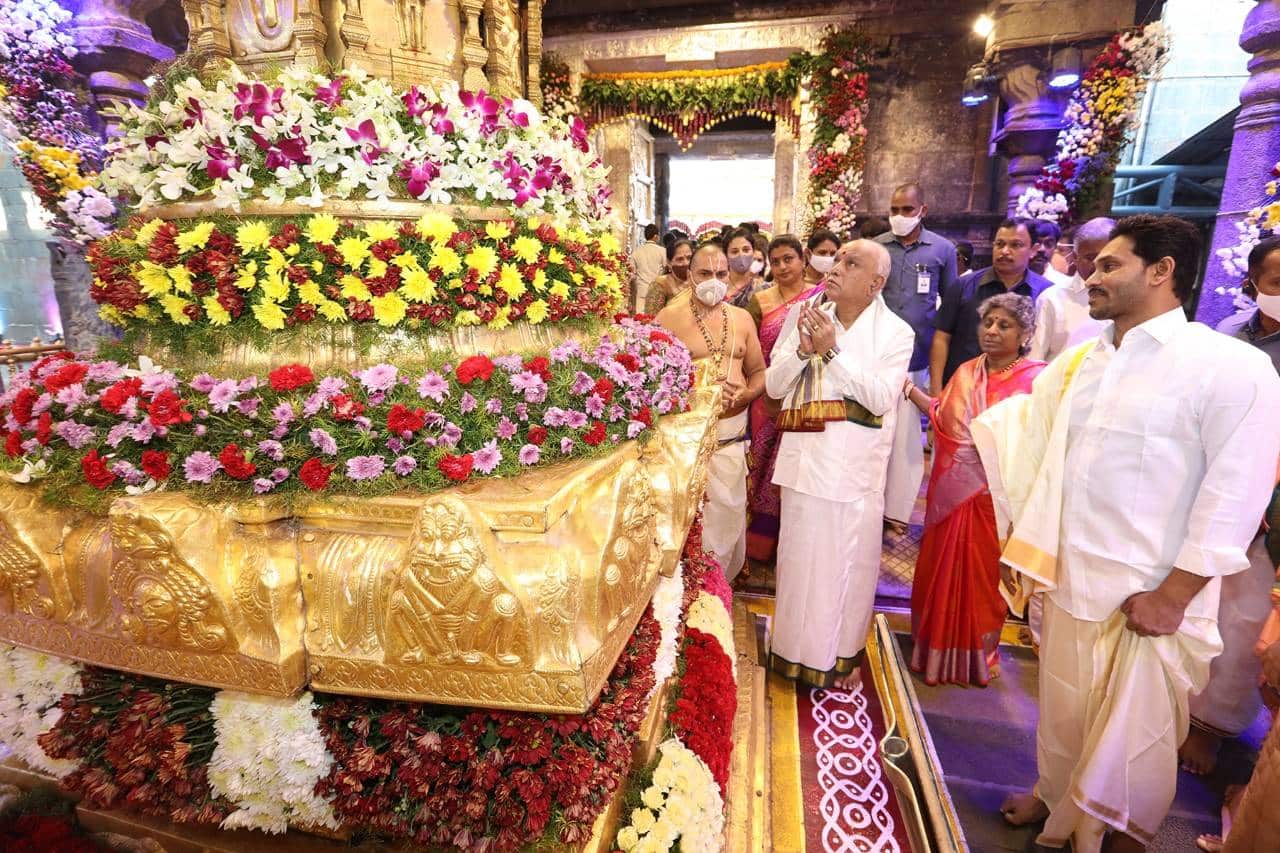 After ‘darshan’ they were rendered with Vedasirvachanam at Ranganayakula Mandapam.

Before the arrival of the two CMs, Intelligence IG  Sasidhar Reddy and Tirupati Urban District SP A Ramesh Reddy, and other senior officials have inspected VIP’s arrangement from Renigunta Airport to Tirumala Padmavathi Guest House and strict security arrangements have been made.

A thorough inspection was conducted by the Special Police Team at Tirumala Up Ghat road and Down Ghat has been made to ensure that the traffic during the visit is unhindered. SP A Ramesh Reddy along with officers and district superiors conducted Advanced Security Licensing (ASL) on September 21.