Ever since he has been battling a fluctuating health condition. The hospital has released a fresh health bulletin informing that the legendary singer is extremely critical and already on Extracorporeal membrane oxygenation (ECMO) and other life support measures. 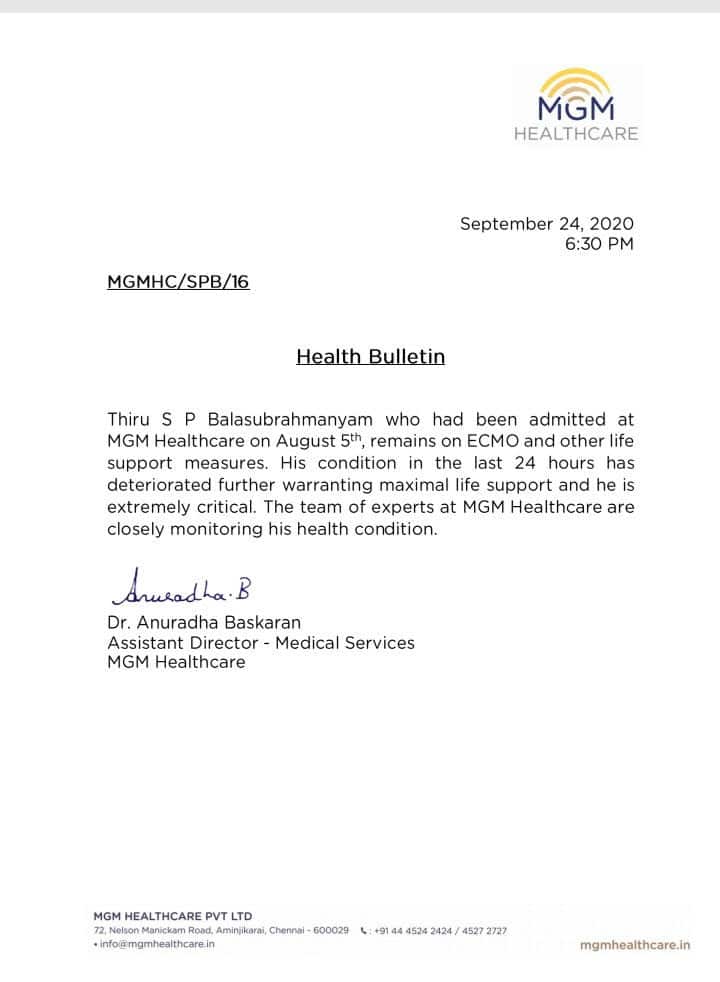 Celebrities and fans across the globe including Ilaiyaraaja, Rajinikanth, Kamal Haasan, AR Rahman have been praying for the speedy recovery of the singer.

At the time of being admitted, the singer put out a video saying he has mild COVID-19 symptoms and that he would recover soon and assured fans of his good health.

SP Balasubrahmanyam has sung songs in Telugu, Tamil, Kannada, Hindi and Malayalam movies. In fact, he has recorded over 40,000 songs in 16 Indian languages reportedly. The singer has been showered with several awards and honours in his illustrious singing career.

Here’s wishing him a speedy recovery!