The election in Bihar will be held in total of 243 seats. 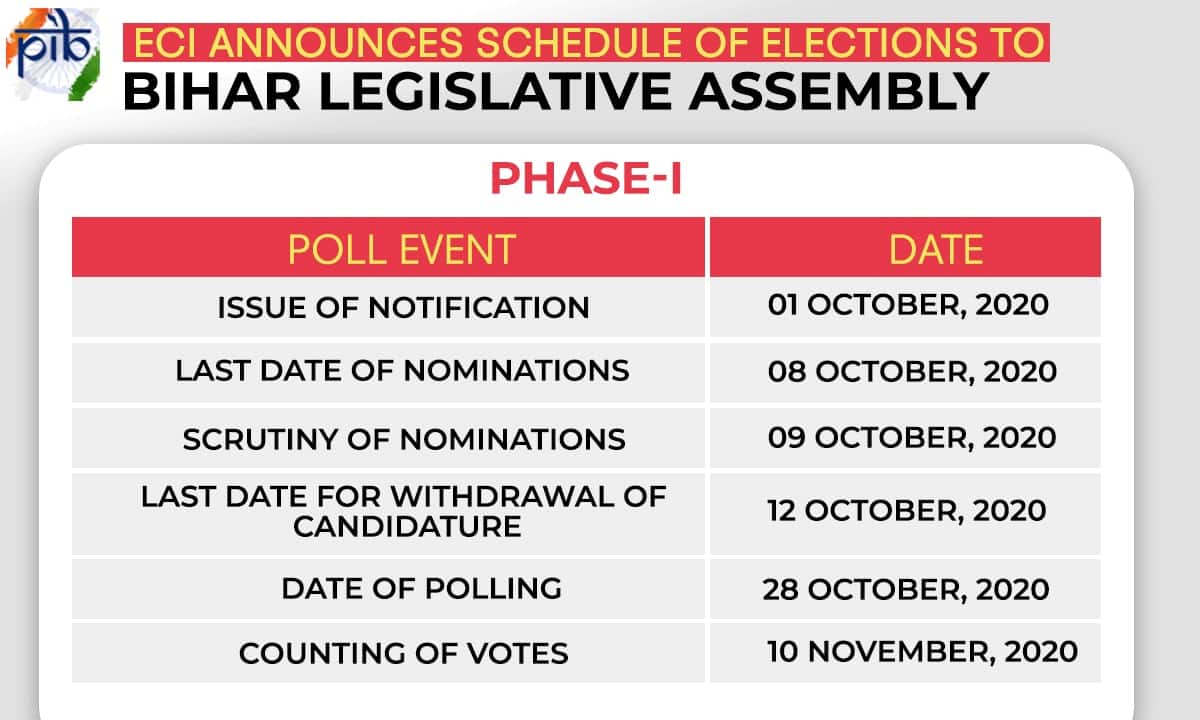 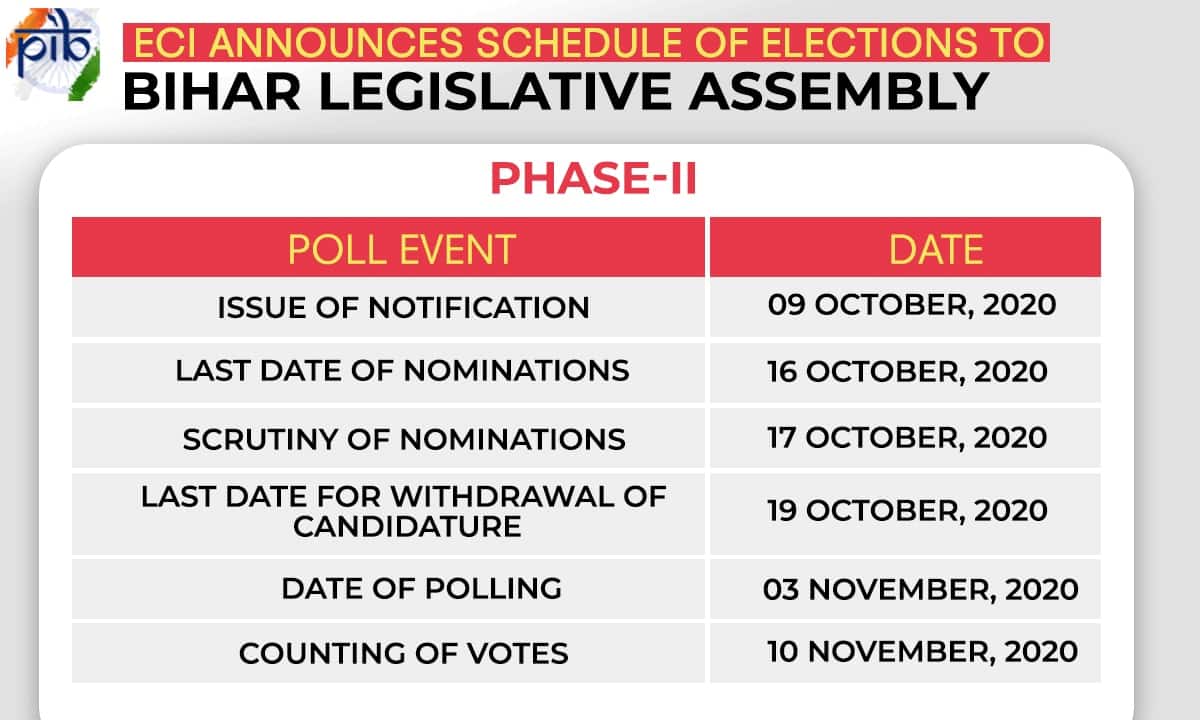 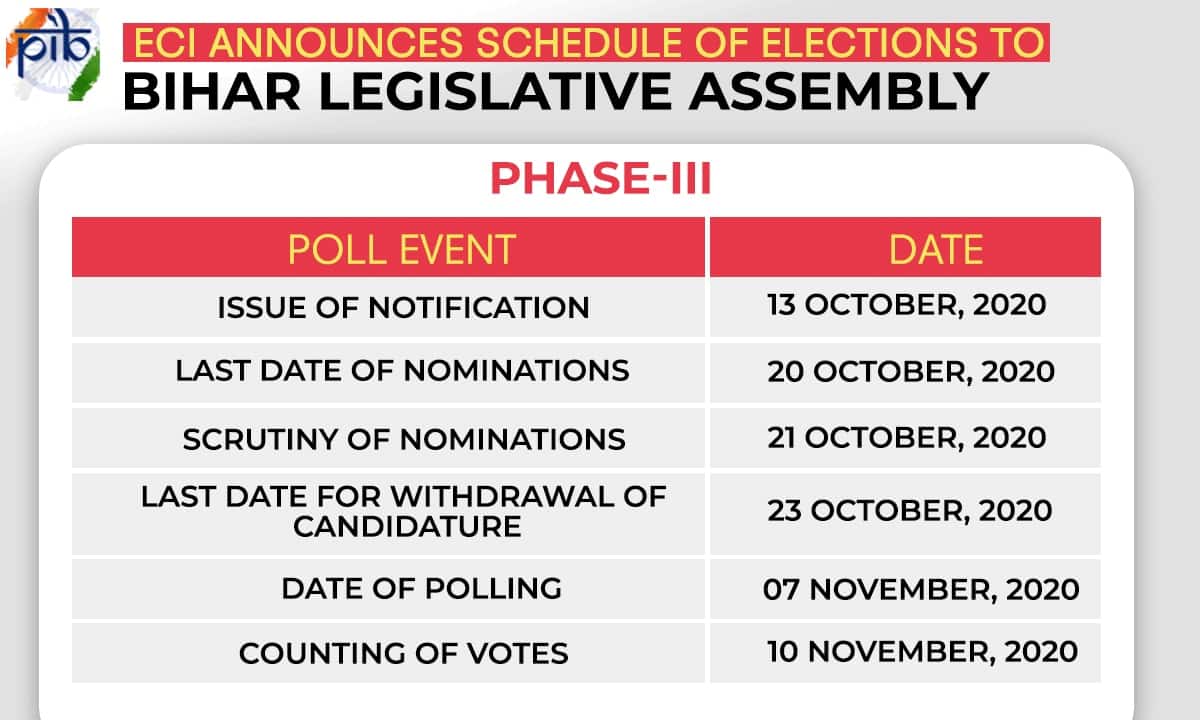 Among the steps taken, CEC Arora said that polling time will be increased by one hour and will now be from 7 AM to 6 PM, except in areas affected by Maoist extremism.

Keeping the safety in concern the ECI has also implemented several restrictions in the election campaigning and have opened the option to file nominations forms online.

The previous Assembly elections was held in the state in the year 2015, JDU, RJD and Congress had fought the elections together under the Mahagathbandhan banner.