Pictures and videos of a woman entering Sushant Singh Rajput’s building on June 14 took the internet by storm.

New Delhi: Remember how pictures and videos of a woman entering late star Sushant Singh Rajput’s building on June 14, the day he died, took over the internet? Her presence went unnoticed on that day, but a month or so after Sushant’s death, the spotlight was on her. She was wearing a mask and hence, she could not be identified. Later, it was learnt that the mystery woman was Sushant’s actress girlfriend Rhea Chakraborty’s brother Showik’s friend Jameela.

Sources said that Jameela came to Sushant’s home with his other friends Priyanka Khemani and Mahesh Shetty on learning about the actor’s death. However, the police team present at the spot didn’t allow her to enter the building and she left the place after meeting one of the house staff.

Meanwhile, as we surfed through Rhea and Sushant’s Instagram accounts, we chanced upon a group photo of them with Showik, Jameela and other friends. 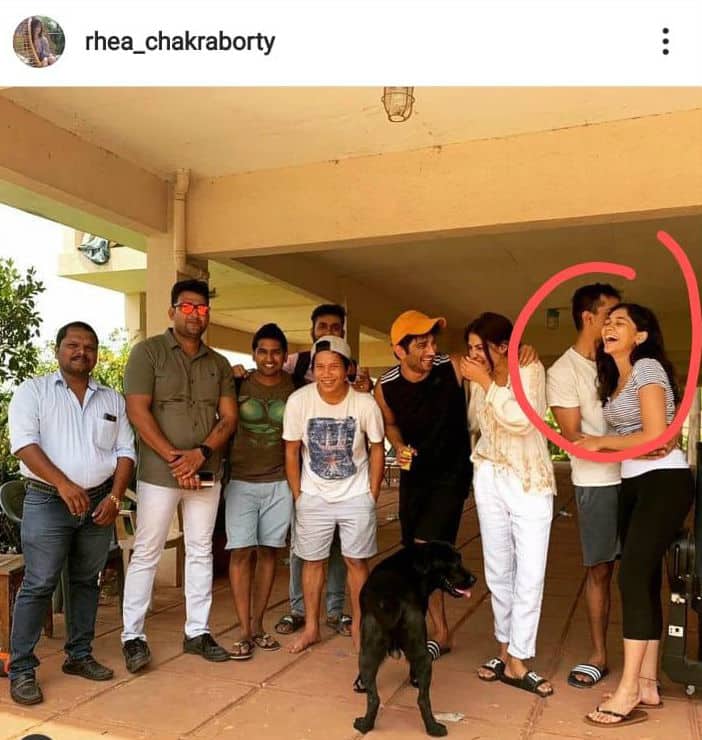 As of now, Rhea and Showik are in jail. They were arrested by the Narcotics Control Bureau (NCB) in a drug case related to Sushant’s death.

Besides the NCB, the Central Bureau of Investigation (CBI) and the Enforcement Directorate (ED) are also probing Sushant Singh Rajput’s death case.

In a first, G20 summit to take place virtually amidst COVID-19 pandemicPrev
When Alia Bhatt was ‘shy’ to lean on Ranbir Kapoor’s shoulder – Here’s what happened on their first meetingNext