IPL 2020: Too exciting a game for a pregnant lady, Anushka Sharma after Virat Kohli-led RCB thrashes MI in Super Over

DUBAI: Bollywood actress Anushka Sharma, who has been in the center of a bitter controversy over Cricket legend Sunil Gavaskar’s critical remarks on hubby Virat Kohli, is not extremely delighted over RCB’s thrilling victory over Mumbai Indians (MI) in Super Over at Dubai International Stadium in the ongoing IPL 2020 tournament on Monday.

The actress took to Instagram to express her feelings, saying the RCB vs MI encounter was “too exciting a game for a pregnant lady”. In the Super Over, RCB’s Navdeep Saini put in a brilliant display of death-bowling, restricting MI’s total in 6 balls to just 7 runs.

It was Virat Kohli and AB de Villiers who took on the responsibility in their hands to chase the target of 8 runs. The drama went down the wire again as Kohli hit the winning runs on the final delivery of the Super Over.

Seeing such a heart-pounding cricketing affair on the field, Anushka posted an Instagram story on her official account, admitting that such an action isn’t good for a pregnant lady like her.

“Phew! Too exciting a game for a pregnant lady. What a team this one”, Anushka captioned the post. 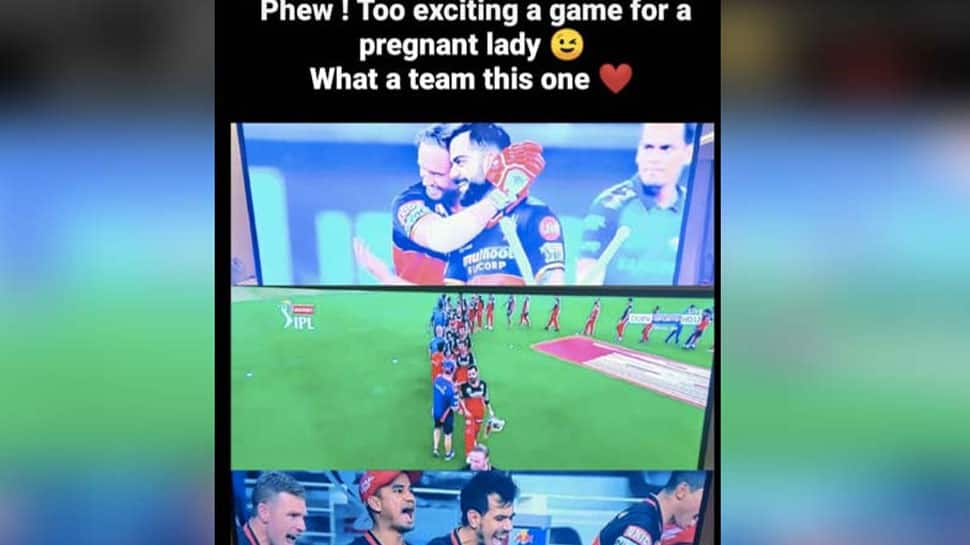 Anushka posted split images of Kohli and De Villiers sharing a hug after the Super Over win, the teams congratulating each other and the RCB bench celebrating their second victory in three games in IPL 2020.

Royal Challengers Bangalore (RCB) defeated Mumbai Indians in the Super Over in Indian Premier League (IPL) at the Dubai International Stadium on Monday.

Veteran Sunil Gavaskar’s on-air comments from the commentary box were ‘misinterpreted’ by the netizens, leading to a huge controversy. Anushka herself reacted to the same, raising questions on Gavaskar’s choice of words while opining on the cricketing aspects of her husband Kohli.

Later, Gavaskar too issued a clarification asking Anushka not to believe the headlines but hear the comments herself. The matter now seems to have been closed down, with both Gavaskar and Anushka back to their usual chores.

Availing loan EMI moratorium? Here is how it may impact youPrev
IPL 2020: Rohit Sharma reveals why he did not send Ishan Kishan for Super Over against Royal Challengers BangaloreNext