DNA Exclusive: When will Kashi Vishwanath be liberated from religious encroachment?

New Delhi: As the construction of the Ram temple has started in Ayodhya after 500 years of the long wait, Kashi Vishwanath temple in Varanasi is now waiting for the resolution of the dispute surrounding it. After Ayodhya, Lord Shiva’s abode is considered to be the biggest center of the Hindu faith.

In the city of Lord Shiva, the dispute is over the construction of the Gyanvapi mosque on the original site of the Jyotirlinga during Mughal Emperor Aurangzeb’s regime. Gyan Vapi means pond or well of knowledge. The DNA analysis will present before you all the facts which were deliberately hidden from people.

We also have a few important papers which describe the 351-year-old facts and were submitted by the Hindu side in a Varanasi court hearing the dispute between the Kashi Vishwanath temple and the Gyan Vapi mosque. This is the historical document that was issued on 18th April 1669 by a courtier of Aurangzeb, originally written in Persian. This document has been submitted before the court states that when Aurangzeb received the news that in some suburbs of Multan and Benaras, some Brahmins are teaching their junk books in schools. 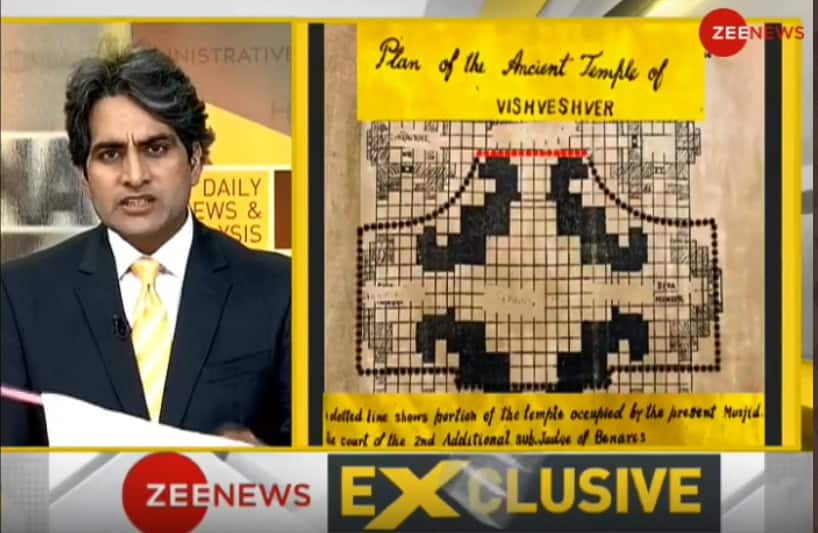 After hearing this, Aurangzeb issued a decree that temples and schools of the infidels should be demolished. The concerned officials were also instructed that they should immediately stop all kinds of studies related to scriptures and idol worship. Aurangzeb was also informed that after his orders, on September 2, 1669, the Kashi Vishwanath temple was demolished.

1. Kashi Vishwanath temple is one of the 12 Jyotirlingas of Lord Shiva, hence it is considered to be one of the biggest centers of Hindu faith.

2. Attacks on Kashi Vishwanath temple started with the arrival of Muslim invaders in India. The first attack was made by Qutubuddin Aibak in the 11th century. The temple’s summit was broken, but the worship of Lord Shiva continued despite the attack.

3. Kashi Vishwanath temple was rebuilt by King Todarmal in 1585. Todarmal was one of the nine jewels of Mughal Emperor Akbar.

4. The temple was completely destroyed and a mosque was built there in 1669, on the orders of Aurangzeb.

5. In 1780, Queen Ahilyabai Holkar of Malwa got built a new temple next to the Gyanvapi complex. The new complex is now known as Kashi Vishwanath temple. In 1853, Ranjit Singh of Punjab donated 880 kg of gold for ornamentation of the temple’s top. 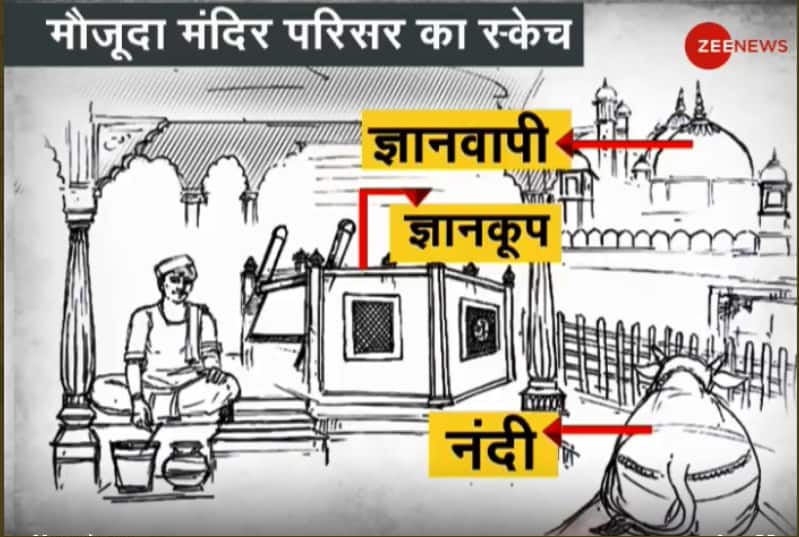 Since then, this dispute is continuing and now the matter is pending in Varanasi district court. In 2018, the Hindu side demanded that the entire Gyanvapi campus be surveyed by the Archeology Department to resolve this dispute.

We need to first understand the basis of this controversy: Hindus believe that Lord Vishwanath’s self-proclaimed Jyotirlinga is present in the Gyanvapi complex, and wants that complex to be excavated, while Muslims opine that there was no temple on that site. Notably, Hindus filed a suit in 1991 citing 3 major demands.

1. The first demand was that the entire Gyanvapi land to be declared a part of the temple.

2. The second demand was that Muslims should be evacuated from here and the present structure should be demolished and hand over possession to Hindus.

3. The third demand was that Hindus should be allowed to rebuild the temple in place of the original Shivalinga and Muslims should not disturb it.

On September 23, 1998, the Varanasi district court directed that the religious form of the entire Gyanvapi campus should be decided first. This means that effort should be made to determine if this place was a temple or mosque on the 15th of August 1947. Because according to the Places of Worship Act, 1991, the status quo of the 15th August 1947 is maintained on the country’s religious places except for Ayodhya, which was considered an exception to this.

The High Court, however, stayed the district court verdict. After 20 years, the hearing again started in 2018, but the Muslim side once again took a stay order.

Judges of the Varanasi district court wanted to first decide whether there was a temple or a mosque at the disputed site on the day of independence. The court also believed that Kashi Vishwanath temple has an ancient history and this matter is related to religious sentiments of people, therefore, the dispute should be resolved as soon as possible on the basis of merit.

Notably, there are three parties in the case currently going on in the Varanasi district court; the first party is the Jyotirlinga Vishveshwara i.e, Lord Shiva himself as Ramlala Virajman in the Ayodhya case. The court-appointed advocate Vijay Shankar Rastogi as a friend of Lord Shiva. The second party is the Sunni Central Waqf Board, while the third party is Anjuman Intejamia Masajid Committee.

Although the current trial started in 1991, the legal dispute goes back to 1936, when the Muslim side filed a petition in the Varanasi district court. The petition, filed by Deen Mohammad, asked the court to declare the entire Gyanvapi complex as the mosque land. In 1937, the court rejected his claim but allowed Namaz at the disputed site.

The Hindus were not a party in this lawsuit, but evidence submitted before the court are still relevant. The Zee News team found those original documents that can give a new twist to the Kashi Gyanvapi dispute.

During the hearing of this case, the British officers had presented a map of the ancient Vishwanath temple built-in 1585. Presenting the map in the court, British officials stated that a mosque was built in some part of it.

Like the Ayodhya dispute, the Kashi Vishwanath temple dispute also witnessed bloodshed many times. In the year 1809, Hindu-Muslim riots took place in Benares claiming many lives. When the Vice President in-Council of Calcutta asked the then Magistrate of Benaras, Watson, the reason behind the riots. Watson is learned to have said that the demolition of the temple by Aurangzeb was the key reason. He also suggested that Muslims should be removed from Gyanvapi to resolve the dispute.

The Vice President in-Council of Calcutta, however, rejected Watson’s suggestions as the British did not want to end the dispute. This fact was submitted before the Varanasi district Court in the year 1936.

According to the 2011 Census, there are currently more than 3 million temples in India. This includes all kinds of temples, small, big, new, and ancient, and of these more than 10,000 ancient temples were damaged. Some of these were completely destroyed, mosques were constructed over them.