New Delhi: After over 70 days, the bodies of three people of Rajouri who were killed in an encounter in Amshipora on July 18 were exhumed and handed over to the families in Jammu and Kashmir on Friday (October 2, 2020) night.

Officials said the bodies were exhumed at around 10 pm and handed over to the families in the morning around 6 am.

The families later carried the bodies to Rajouri via Mughal road where they were buried in their native villages.

A social activist Guftar Ahmad Choudhry who was accompanying the families said, “Bodies were exhumed by them (police) in the morning today around 6 am and handed over to us. We are now taking them back to their native places.” 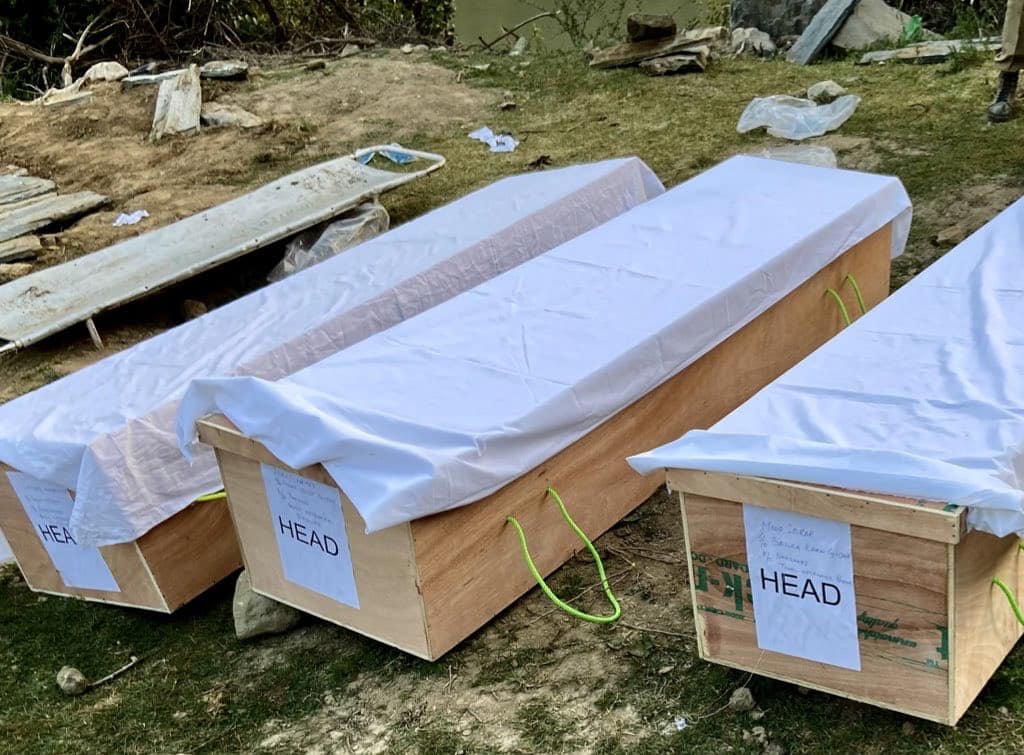 Meanwhile, the families now demand punishment to those who killed their kin.

“We have the bodies, now we want justice. Those who have killed them should be hanged,” said one of the bereaved family members.

The move came after the DNA samples of parents matched with the slain trio.

Earlier, the Inspector General of Police Kashmir Vijay Kumar said, “Since DNA samples matched with the family, three dead bodies will be exhumed and handed over to families after due process of law.“

Police have also started the investigation of the case on other fronts and the Jammu Kashmir Police has also arrested two persons in said case. Both have been sent on eight days of judicial remand.

The Indian Army is also investigating the case that has said in a statement, “Competent disciplinary authority has directed to initiate disciplinary proceedings under the Army Act against those found prima-facie answerable.”

Although, there has been no action initiated against any army personnel to date.