Get well soon, Sanjay Dutt, says the internet after pic of him goes viral amid cancer treatment

The picture of Sanjay Dutt has been widely shared on social media and appears to be taken at a hospital.

New Delhi: A photo of actor Sanjay Dutt, who is currently undergoing cancer treatment, has left fans worried about his health. The picture has been widely shared on social media and appears to be taken at a hospital. It features him casually dressed while posing with a fan. Sanjay Dutt, however, looks visibly weaker and that has raised concerns over his health. 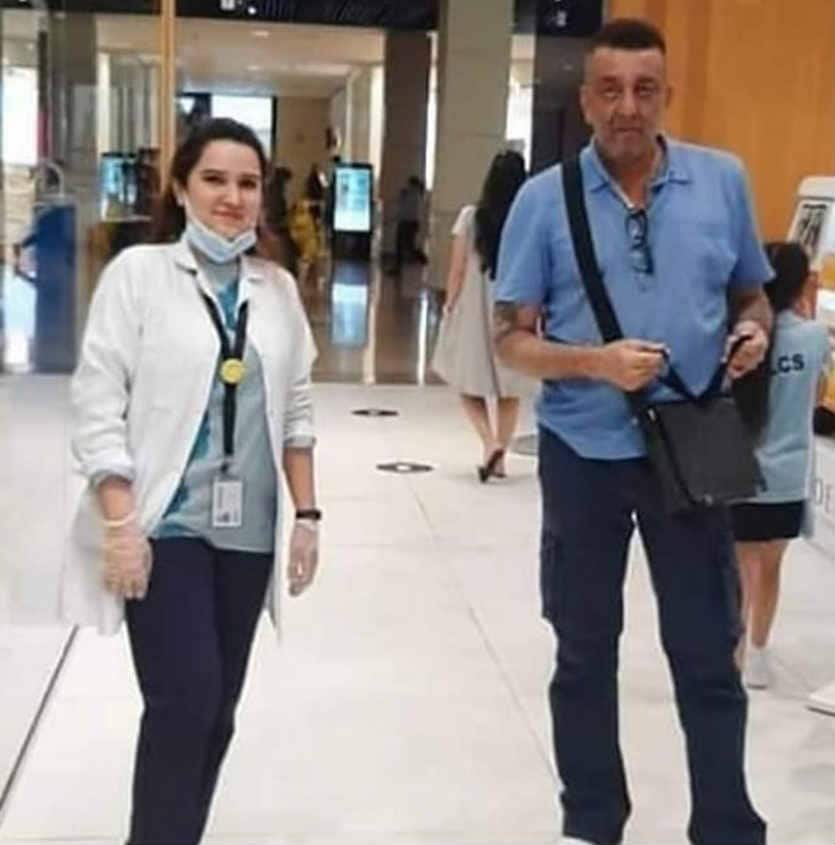 “He is a fighter, will be back soon,” “Baba looks so weak. Hope he recovers soon” and “Gell well soon, Sanju Baba” are some of the several comments shared on social media.

Sanjay Dutt was diagnosed with lung cancer in August. He was expected to fly abroad. However, due to the coronavirus pandemic, he received his initial treatment in Mumbai.

He was first hospitalised on August 10 due to breathing problems. The actor stayed in the hospital for two days and later, he revealed that he is taking a sabbatical from work for medical treatment. However, Sanjay Dutt didn’t reveal about his ailment.

Ahead of his initial treatment, Maanayata issued a statement to update about the actor’s health, but refrained from speaking about the cancer diagnosis.

A few weeks ago, the couple flew to Dubai to be with their children Shahraan and Iqra.