The war between Armenia and Azerbaijan continued for the ninth day on Monday even as both countries have rejected the international community’s appeal to end the war. The fighting over the region began on September 27 and has escalated to its deadliest level since the 1990s.

Meanwhile, the President of Azerbaijan Ilham Aliyev has put forward some conditions to end the war saying that if Armenia accepts these conditions, then Azerbaijan will stop the war. Aliyev said that the Armenian army has occupied the territory which it had lost in the 1990s and is deliberately inciting war. 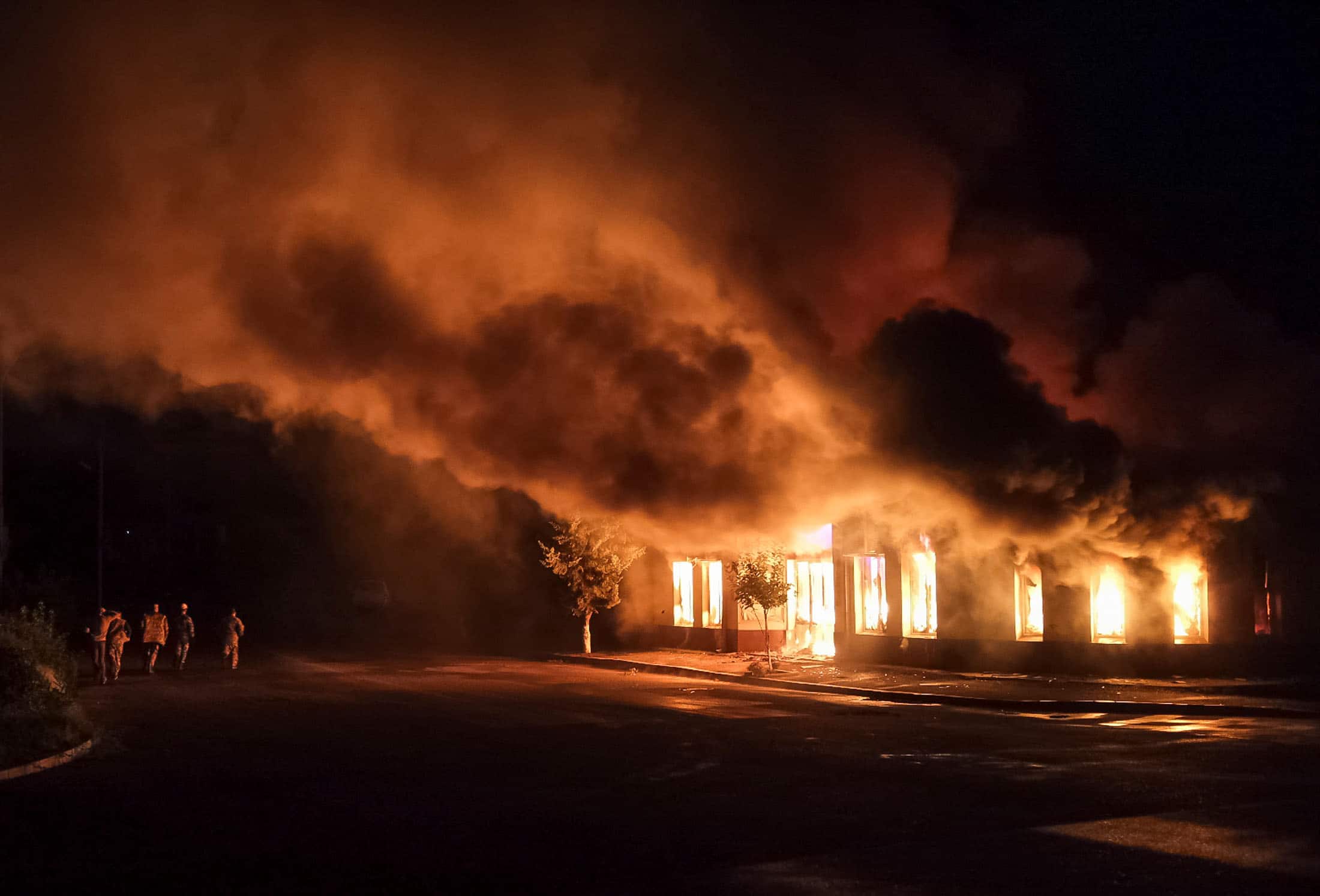 If the Armenian army immediately withdraws from the territory, fully describes the withdrawal deadline and apologizes for what they have done, then Azerbaijan is ready to end the war.

This is the only way: Aliyev said that Armenia must accept the territorial integrity of Azerbaijan, this is the only way to end the war. He further said that the international community has failed to implement the UN resolutions and to pressurize the withdrawal of the Armenian army from Azerbaijan’s areas of influence.

Intent: It is clear from Aliyev’s stance that he has no intention of accepting Russia, US and EU’s ceasefire request. At the same time, immediately after Aliyev’s speech, the Armenian Defence Ministry has also issued a statement. The Ministry said that there is no threat to us, but still, we are ready to deal with every situation. Earlier, Armenian Prime Minister Nikol Pashinyan had also made it clear that he is not ready for talks with Azerbaijan.

This is the biggest danger: Both Armenia and Azerbaijan are accusing each other of inciting war. Civilians have also been targeted from both sides. Seeing the danger of the involvement of superpowers like Russia in this war, both the nations are being appealed to settle the dispute with peace. Several countries including the US have appealed to Armenia and Azerbaijan to stop the war. The danger of Russia, Turkey, France, Iran and Israel joining the war has also increased. 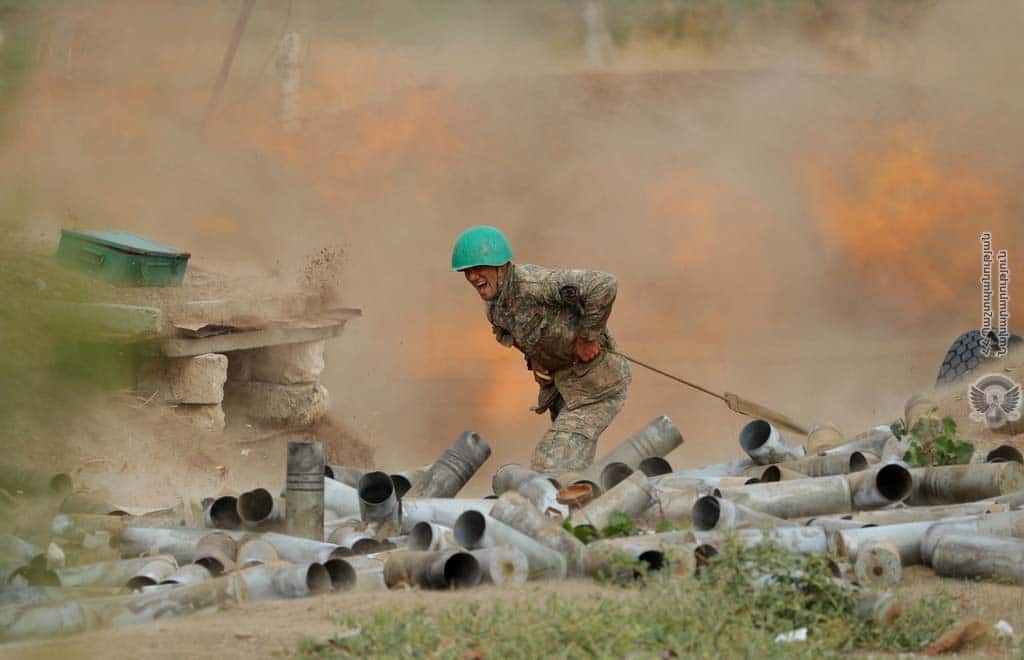 This is the root of the dispute: The major reason for the war between Armenia and Azerbaijan, which was part of the former Soviet Union, is the Nagorno-Karabakh region. Azerbaijan calls the mountainous region of this region as its own, while Armenia has occupied this region. The area has been under Armenia’s occupation since the fighting ended in 1994. In 2016 too, there was a bloody war between the two countries over this area, in which 200 people were killed. Now both countries are face to face once again.

Aliyev on Monday said that Turkey must be involved in the peace process for the Nagorno-Karabakh region, Reuters reported quoting the RIA news agency. The fighting between Armenian and Azerbaijani forces over the separatist territory of Nagorno-Karabakh resumed Monday morning, with both sides accusing each other of launching attacks.

Armenian military officials on Monday reported missile strikes hitting Stepanakert, the capital of Nagorno-Karabakh. The region lies in Azerbaijan but has been under the control of ethnic Armenian forces backed by Armenia since the end of a separatist war in 1994. Firefights of varying intensity continue to rage” in the conflict zone, Armenian Defence Ministry spokeswoman Shushan Stepanian said on Facebook.

The Azerbaijani Defence Ministry, in turn, accused Armenian forces of shelling the towns of Tartar, Barda and Beylagan. Ganja, Azerbaijan’s second-largest city far outside of the conflict zone, is also under fire, officials said. Armenia’s Foreign Ministry in a statement dismissed allegations of the attacks being launched from Armenia’s territory as a disinformation campaign waged by Azerbaijan. 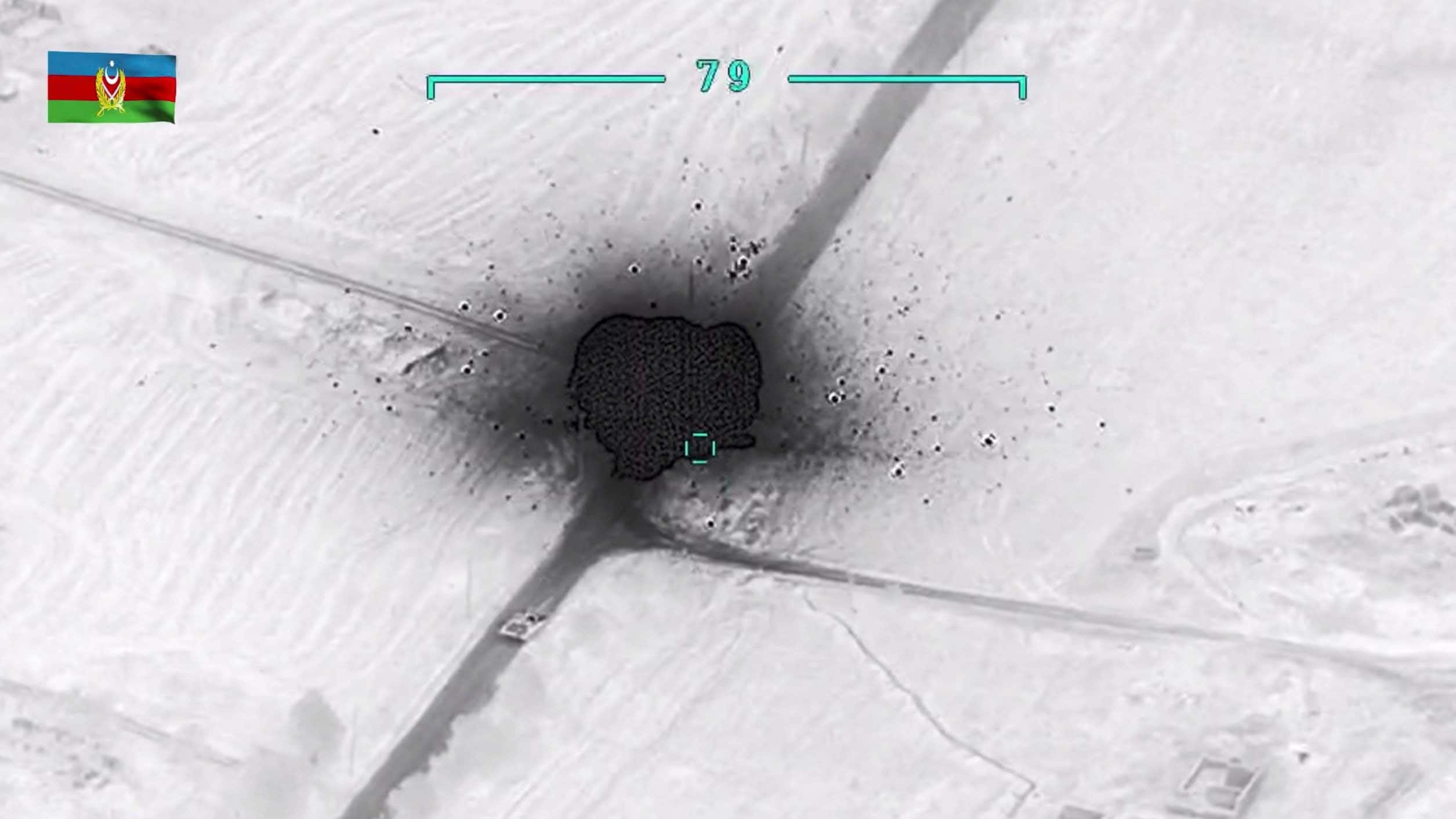 Vahram Poghosyan, spokesman for Nagorno-Karabakh’s leader, on Monday warned in a Facebook post that the territory’s forces would target military facilities in Azerbaijani cities in response to strikes on Stepanakert and Shushi, a town in Nagorno-Karabakh. The fighting erupted September 27 and has killed dozens, marking the biggest escalation in the decades-old conflict over the region. Both sides have accused each other of expanding the hostilities beyond the conflict zone in Nagorno-Karabakh.

Nagorno-Karabakh officials have said nearly 200 servicemen on their side have died in the clashes so far. Eighteen civilians have been killed and more than 90 others wounded. Azerbaijani authorities haven’t given details about their military casualties but said 24 civilians were killed and 121 others were wounded. 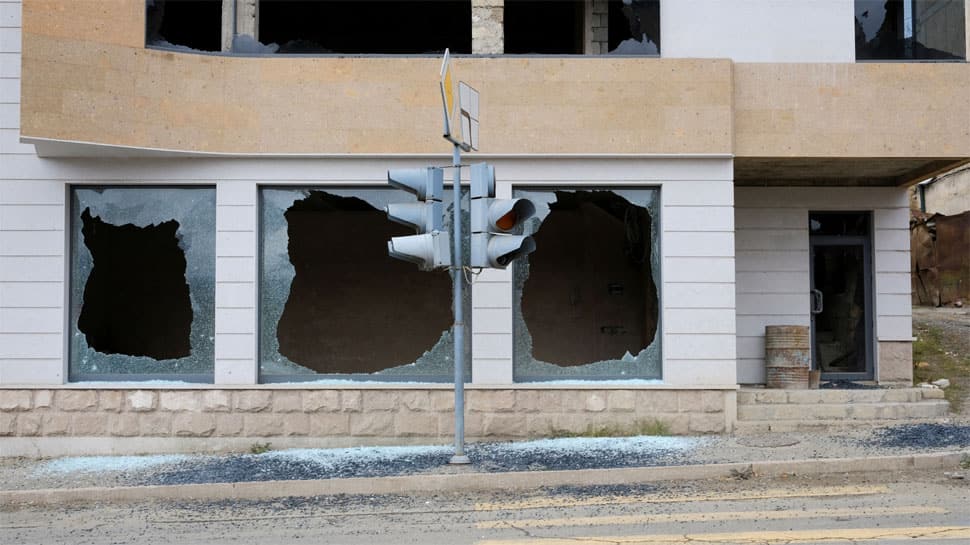 Nagorno-Karabakh was a designated autonomous region within Azerbaijan during the Soviet era. It claimed independence from Azerbaijan in 1991, about three months before the Soviet Union’s collapse. A full-scale war that broke out in 1992 killed an estimated 30,000 people. By the time the war ended in 1994, Armenian forces not only held Nagorno-Karabakh itself but substantial areas outside the territory’s formal borders.

Azerbaijani President Ilham Aliyev has repeatedly said that Armenia’s withdrawal from Nagorno-Karabakh is the sole condition to end the fighting. Armenian officials allege that Turkey is involved in the conflict on the side of Azerbaijan and is sending fighters from Syria to the region. Armenian Prime Minister Nikol Pashinian said that a cease-fire can be established only if Turkey is removed from the South Caucasus. Turkey’s government has denied sending arms or foreign fighters, while publicly siding with Azerbaijan in the dispute.