NEW DELHI: Former Congress president Rahul Gandhi, who is touring Punjab these days and participating in the anti-farm reform laws passed by the Centre, was spotted driving a tractor in Noorpur on Tuesday.

Rahul Gandhi has kickstarted the ‘Kheti Bachao Yatra’ from the Moga district to express support to farmers agitating against the far laws. 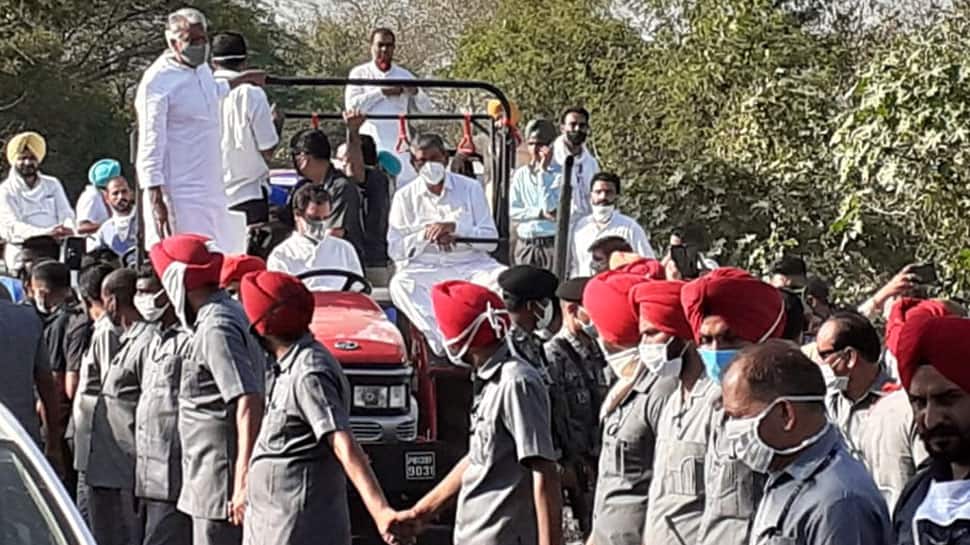 A highlight of the campaign is Rahul Gandhi himself driving a tractor as part of his party’s effort to reach out to farmers in the villages of Panjab. Organisers have claimed that close to three thousand tractors will trail the Congress leader in the rally.

Targeting the Centre, Rahul said that the farm laws will destroy the existing structure of farming and food security in the country. Punjab and Haryana will be the most affected by it. “If this structure breaks then in future Punjab will not be able to find a way out,” Gandhi said at a press conference here.

The conference was also attended by other leaders including, Punjab Chief Minister Captain Amarinder Singh and party leaders Randeep Singh Surjewala, Harish Rawat and Punjab Congress chief Sunil Jakhar. Gandhi further slammed the Modi government for its earlier moves such as the Goods and Services Tax (GST), demonetisation, among others.

“The way in which Modi first did demonetisation, then GST and then during corona crisis did not extend a helping hand to farmers, workers, small businesses at all, similarly these farm laws too are an attack on farmers,” he said.

The Congress has been protesting against three agriculture-related laws that have been enacted after passage of relevant bills during the monsoon session of Parliament.

Meanwhile, there has been a change in the schedule of Congress leader Rahul Gandhi`s visit to Haryana as part of party`s protest against the agriculture laws and it will now take place for one day instead of earlier two.

Haryana Congress chief Kumari Selja said in a tweet that the visit of Rahul Gandhi to the state “will be for one day instead of two”. Gandhi will reach Pehowa in Haryana and then go to Kurukshetra. He held programmes in Punjab as part of `Kheti Bachao Yatra`.