New Delhi: Vehicle registration have shown improvement on month on month basis, but it is still down as compared to year on year basis, the Federation of Automobile Dealers Associations (FADA) releasing the monthly vehicle registration data for the month of September 2020 said on Thursday.

Vehicle Registrations in September continues to grow by 11.45 percent on MoM basis but falls by 10.24 percent on YoY basis, FADA said. On yearly comparison, 2-Wheeler posted degrowth by 12.62 percent, 3-Wheeler by 58.86 percent and CV by 33.65 percent. 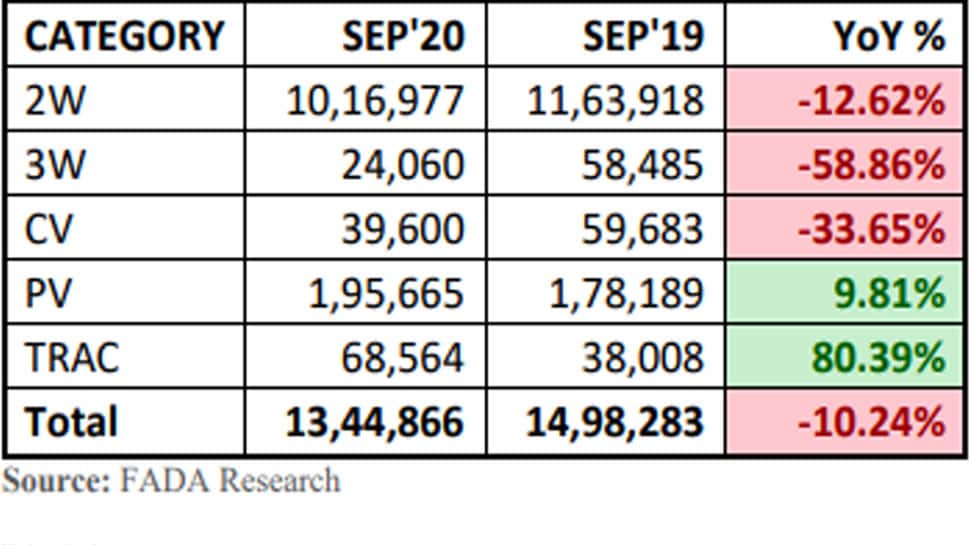 However, PV for the first time grew by 9.81 percent since unlocking began. Tractor registrations continued its upward journey with a magnificent 80.39 percent growth.

Dealer Inventory for both 2W and PV are at highest levels in anticipation of a good festive season. Any further increase in inventory coupled with festival dampener will have a catastrophic impact on the health of auto dealerships.

The month of October and November brings with itself the much awaited festival season of Navratri, Durga Puja & Diwali. With no more lockdown as announced by the Central Government, FADA said it anticipates a high growth period during these two months for Automobile Sales in India.