Former Rajasthan Deputy Chief Minister Sachin Pilot, who has had differences with Chief Minister Ashok Gehlot, is also in the list of 30 Congress leaders submitted to the Election Commission. 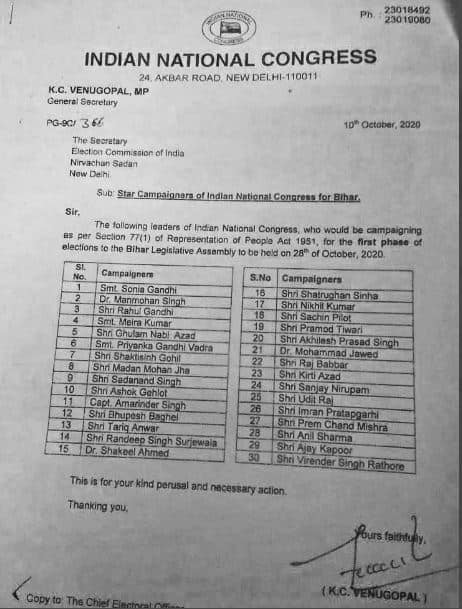 It may be recalled that Congress had released the first list of 21 candidates for the Bihar Assembly elections on Wednesday (October 7, 2020). Congress is contesting 70 seats in Bihar elections in alliance with RJD (Rashtriya Janata Dal) and Left parties.

Sources said Rahul Gandhi would hold at least six rallies in the Bihar elections with two rallies in each phase. They said details are being worked out.

Amid the Corona crisis, the Election Commission had on September 25 announced that elections to the 243-seat Bihar assembly will be held in three phases – October 28, November 3, and 7 – and the counting of votes will take place on November 10.