New Delhi: BMW has released the first look of the iX electric SUV ahead of its expected release next year.

The BMW Vision iNEXT becomes the BMW iX and with a year still to go before its market launch at the end of 2021, the BMW Group has provided the first look ahead to the future BMW iX. The vehicle is currently still in the series development phase.

The BMW iX is the first model based on a new, modular, scalable future toolkit developed by the BMW Group and focused on a fresh interpretation of design, sustainability, driving pleasure, versatility and luxury, a company statement said. 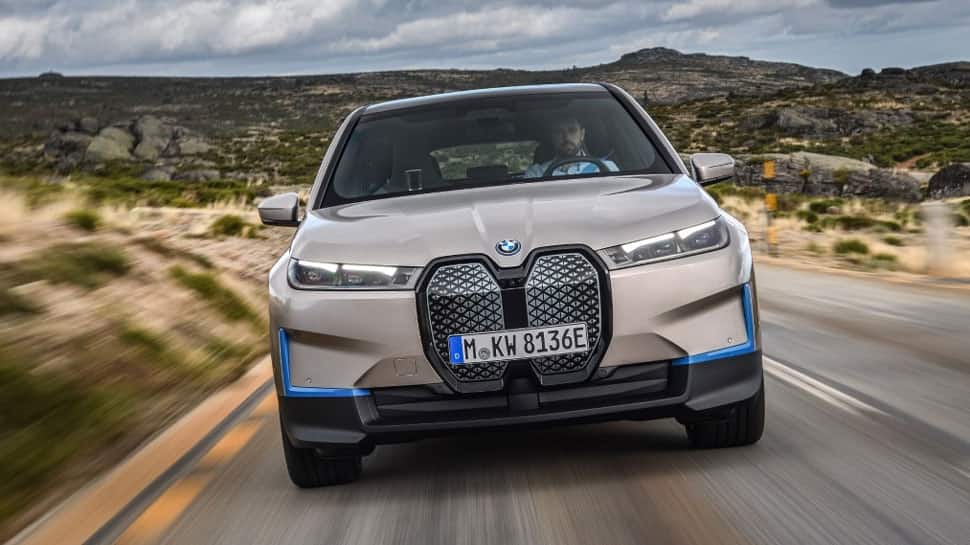 The power unit developed by the BMW Group has been manufactured sustainably without the use of critical raw materials known as rare earths to develop maximum output of more than 370 kW/500 hp. That will be enough to power the BMW iX from 0 to 100 km/h (62 mph) in under 5.0 seconds, the company said.

At the same time, the vehicle’s clear aim is to post an exceptionally low combined electric power consumption figure for its segment of less than 21 kWh per 100 kilometres (62 miles) in the WLTP test cycle. A gross energy content of more than 100 kWh should enable the latest-generation high-voltage battery to record a range of over 600 kilometres in the WLTP cycle. That equates to more than 300 miles according to the EPA’s FTP-75 test procedure, it added.

The new charging technology of the BMW iX enables DC fast charging at up to 200 kW, thus, the battery can be charged from 10 to 80 per cent of its full capacity in under 40 minutes.

The BMW iX is comparable with the BMW X5 in length and width, and is almost the same height as the BMW X6 on account of its flowing roofline. The size of its wheels, meanwhile, brings to mind the BMW X7. At the centre of the front end stands the prominent, vertically emphasised kidney grille. Camera technology, radar functions and other sensors are integrated seamlessly into the grille behind a transparent surface.